Gold exports to China soared in the run-up to the start of the Lunar New Year, with volumes increasing in December from major suppliers Switzerland and Hong Kong.

More gold was sent from Swiss refiners to the world’s top consumer than in any month since at least January 2014, according to data on the website of the Swiss Federal Customs Administration, while imports from the Asian city-state also increased compared with November. 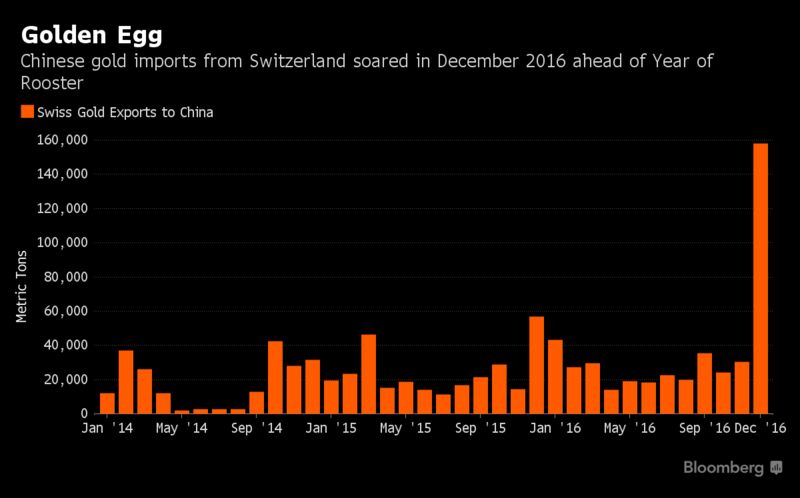