Mainland China is set to import about 1,000 metric tons from the territory in 2017, said Haywood Cheung, president of the century-old exchange in Hong Kong which trades physical gold and silver. That compares with net purchases of 647 tons last year and would be the biggest since 2013, data from the Hong Kong Census and Statistics Department compiled by Bloomberg show. 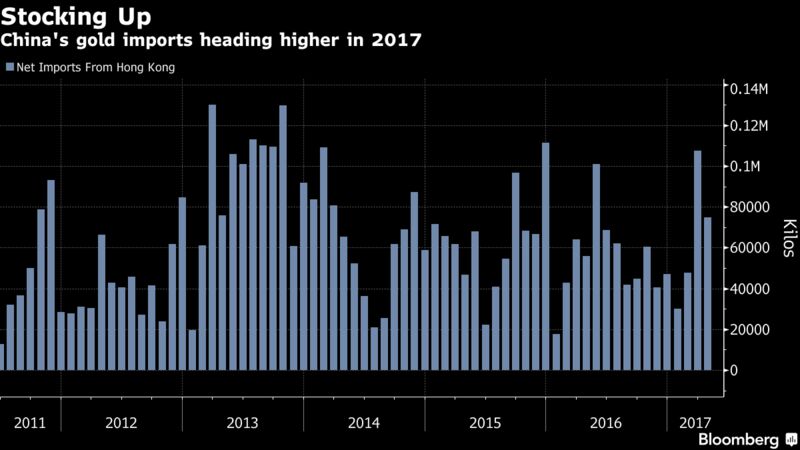