The Royal Canadian Mint is investigating how a sealed, "pure gold" wafer with proper mint stampings may in fact be a fake.

The one-ounce gold piece, which was supposed to be 99.99 per cent pure, was purchased by an Ottawa jeweller on Oct. 18 at a Royal Bank of Canada branch. Yet tests of the bar show it may contain no gold at all.

When neither the mint nor RBC would take the bar back, jeweller Samuel Tang contacted CBC news.

"A currency counterfeiter doesn't make just one fake $50 bill," he said. "They make a whole lot of them. So I would suspect this might just be the tip of the iceberg." 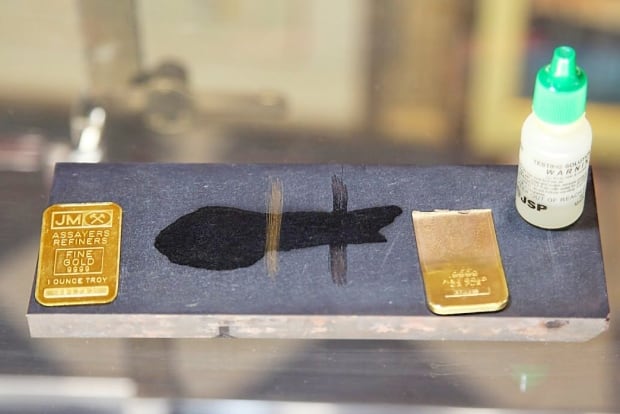