« A surprise jump in investor and central bank gold - For The First Time Ever, Bank Of Japan Total »

An archaeologist cleans the hoof-shaped ingots in an aristocrat's tomb that dates back to the Western Han Dynasty (206 BC - 24 AD), in Nanchang, capital of east China's Jiangxi Province, Nov. 17, 2015. Chinese archaeologists on Tuesday discovered 75 gold coins and hoof-shaped ingots in the tomb. The gold objects are the largest single batch of gold items ever found in a Han Dynasty tomb. 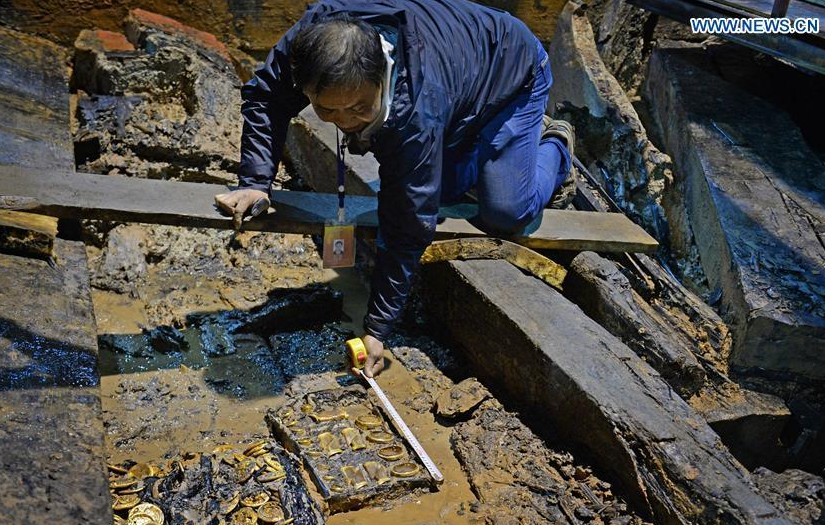